Congratulations to our Top10 IMAGINE IF! Finalists!

Almost a month has passed since we closed the IMAGINE IF! applications. In Switzerland, we received many valuable projects that our expert mentors and judges have been scoring in the past weeks.

However, only 10 made it to the finals.

The winning teams, already announced last Wednesday during our workshop, will now start the mentorship program and will have the chance to pitch their ideas on Feb 21st at EPFL during the Lausanne Local Finals.

It is now our utmost pleasure to have them introduced to you here:

After participating to the second European Congress on Coffee Capsules (Berlin, April 2018) where the pollution created by the coffee capsules waste has been analysed in detail, the EPFL-based CapAgain team decided to put and end to this problem. They developed a system, which can be integrated in a common capsule machine, that automatically separates the coffee ground from the capsule packaging. When the machine is full, the user can then dispatch the coffee ground as common organic waste, while the plastic or metallic packaging are recycled separately.

More than a billion people live out of the grid and spend up to 30% of their income in light and phone charging. In addition, the kerosene used to get light, is very expensive and dangerous. And if that weren’t enough, all the kerosene lamps in the world produce as much CO2 as 6 times all the inhabitants of Switzerland! The hiLyte team solution to this problem uses an environment-friendly consumable-based iron battery. One would only need iron, paper and iron salt to generate enough power for 5 hours. Their main target is the Sub-Saharan Africa population, which is deeply affected by the phone maintenance costs and, at same time, has a huge potential benefit from this technology in terms of services (education, banking, information). 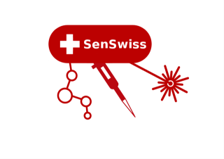 In healthcare, adverse drug reactions result in a dramatic economical burden for nations. Sometimes they arise from unadapted or generic dosage. Patient-specific administration could represent an impactful solution, although many barriers still stand in the path: therapeutic drug monitoring tests require consistent amounts of blood, they are time- and man power-consuming, and thus expensive. To overcome these issues, SenSwiss is developing a point-of-care device to measure plasma drug concentrations in a single drop of patient’s blood in 3 minutes. Their detection method can be easily adapted to several drugs requiring accurate monitoring and close supervision, giving doctors the tools to optimize and identify medication for their patients in real time.

People from all walks of life share a timeless desire of starting a family. However, due to our shifting work-life balance and aging population, more couples every year (today about 10% in western societies) are turning to In Vitro Fertilization (IVF) to fulfill their desire. Unfortunately, despite 40 years of research and high financial and emotional costs, the success rate of IVF remains frustratingly low, just 33% of women are pregnant after the first cycle. This is owed to sub-optimal solutions being used in the embryo selection process as a consequence of the stringent safety requirements for embryo analysis. Annaida Technologies developed a Nuclear Magnetic Resonance (NMR)-based system that allows detailed read-out of embryos, providing critical information on their viability and thus improving embryo selection procedures and ultimately IVF success rates.

Neurosoft developed a new technology to fabricate with conventional processes soft electrical interfaces with the brain and spinal cord which has the potential of greatly improving electrical stimulation and recording therapies to treat neurological diseases. Our main technological innovation lies in the mechanical compliance of our implants, which is much closer to the one of neural tissues, compared to current clinical devices, that are much more rigid and don’t conform well to the curvature of the brain or spinal cord. This results in more stable interfaces, higher specificity of stimulation targets and higher signal quality while recording.

Sleep bruxism is a disorder consisting of teeth grinding and clenching during sleep, affecting 8% of the adult population. Patients can unconsciously exert over 100 kg of force for entire minutes on their teeth while sleeping. This can lead to lesser symptoms such as morning headache and facial muscle pain to severe consequences such as temporomandibular joint disorders, damages to teeth, dental restorations and prostheses. Nowadays there are no effective ways to monitor and treat bruxism. To solve this problem the team has developed AesyBite, the first medical device that allows diagnosing, monitoring and treating sleep bruxism. The device is capable of recording the user’s bruxism activity during sleep. Upon detection of bruxism events, it emits a biofeedback signal that induces jaw muscle relaxation without disturbing the sleep.

Worldwide there are 1.7 million new cases of breast cancer diagnosed per year, representing 25% of all cancers in women. Breast conserving surgery (BCS; also known as lumpectomy in the U.S.) is the standard of care for early stage invasive breast cancer involving a surgical procedure to remove the tumour, leaving as much healthy breast tissue as possible. Although the five-year survival rate for early stage breast cancer is good, there is still 1 mortality for every four patients with ipsilateral breast tumour recurrence (IBTR), where the tumour re-grows in one or both breasts, within 15 years. This is usually owed to parts of the tumors being still present after the surgery. ALAnostics develop an injectable fluoresecent tumour paint which is made inside all cancer cells. It’s administered 45 minutes prior to surgery to label the cancer, and in combination with a fluorescent imaging device ( a special type of torch) is used as a real-time guide by surgeons to visualise and cut out all of the cancer, preventing unnecessary re-operations.

Antiphospholipid syndrome (APS) is described as a common risk factor for recurrent thromboembolic events and/or pregnancy complications resulting from circulating antiphospholipid antibodies (aPL). While largely under-diagnosed, it is estimated that 1-5% of the whole population presents this disorder. Early diagnosis of APS is thus crucial, particularly in pregnant women. Endotelix discovered the exact molecular motif with the strongest link for aPL, allowing them the possibility to develop a fast, accurate and quantitative point-of-care assay to test patients for aPL. Moreover, this knowledge opened the possibility to a peptide-based treatment to inhibit circulating pathogenic antibody.

Vesta Biosciences is an early-stage biotech start-up spun out of MIT and based in Geneva, Switzerland, that is dedicated to developing the next generation of synbiotic (i.e. prebiotic + probiotic combination) therapeutics to treat and prevent obesity, metabolic disorders, anxiety and depression. Vesta Biosciences uses DNA sequencing, analytical chemistry and artificial intelligence approaches to create a diagnostic kit that identifies a customer’s microbial metabolic profile and returns detailed characterisation of their gut microbiome and the specific fruits and vegetables that are most conducive to their health as a function of this composition. In-so-doing, it builds a large database of responses of different people’s microbiomes to the same prebiotic inputs, which allows for rapid identification of bacterial strains responsible for extreme metabolic properties observable in specific people, and powers the efficient development of novel synbiotic therapeutics.

Swoxid is an innovative air/water purifier that filters and sterilizes air/water with natural sunlight or a UV lamp (possibly UV LEDs activated by a solar panel). It does not require electricity or chemical agents to provide the sterilization effect. The key component of the purifier is the nanoporous SWOXID filter membrane. Developed at EPFL, it is easy and cost-competitive to produce. Potential market and partners are producers of air/water filters, transport industry, hospitals, construction sector, water and waste water plants, treatment of drinking water, swimming pools, aquaria, NGOs and GOs. 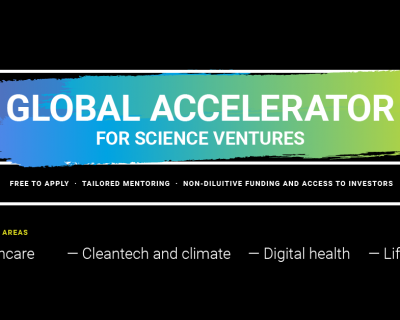 Article written by Hugo Cui & Adele Fanelli   Congratulations to our IMAGINE IF! Local Finalists!   IMAGINE IF! Applications were closed on December 15th 2020 and after careful considerations of the many valuable projects, we introduce here in this article the selected start-ups. These winning teams will soon start the mentorship program and willaaa

IMAGINE IF! Accelerator in Lausanne

Innovator of the Month Interview with LakeDiamond