How do we perceive music? How are sounds decoded and processed in the path from the ear to the human brain? What have the artificial intelligence (AI) algorithms brought to music industry? Those were only few of the many thrilling questions addressed during “The Sound of Science”: the last event organized by Innovation Forum Lausanne. On October 2nd 2019. More than 100 people between professors, scientists, musicians and students filled SV1717 auditorium of EPFL in order to capture the real sound of science. The aim of “The Sound of Science” was to gather next generation scientists, physicians and entrepreneurs with a different perspective on music to provide a general overview about the relationship between music, science, technology and innovation.

During the “Brain Stage”, Dr. Daniel Keppeler, COO and Founder of OptoGenTech and Dr. Steffen Herff, scientist at Digital and Cognitive Musicology Laboratory at EPFL, provided precious insights about how the human brain perceive music. Dr. Daniel Keppeler presented the vision of OptoGenTech, a newborn ambitious startup that aims at exploiting optogenetic technology to create an innovative cochlear neuroprosthesis.  On the other hand, Dr. Steffen Herff described how music can help to understand memory formation and recall in human brain. 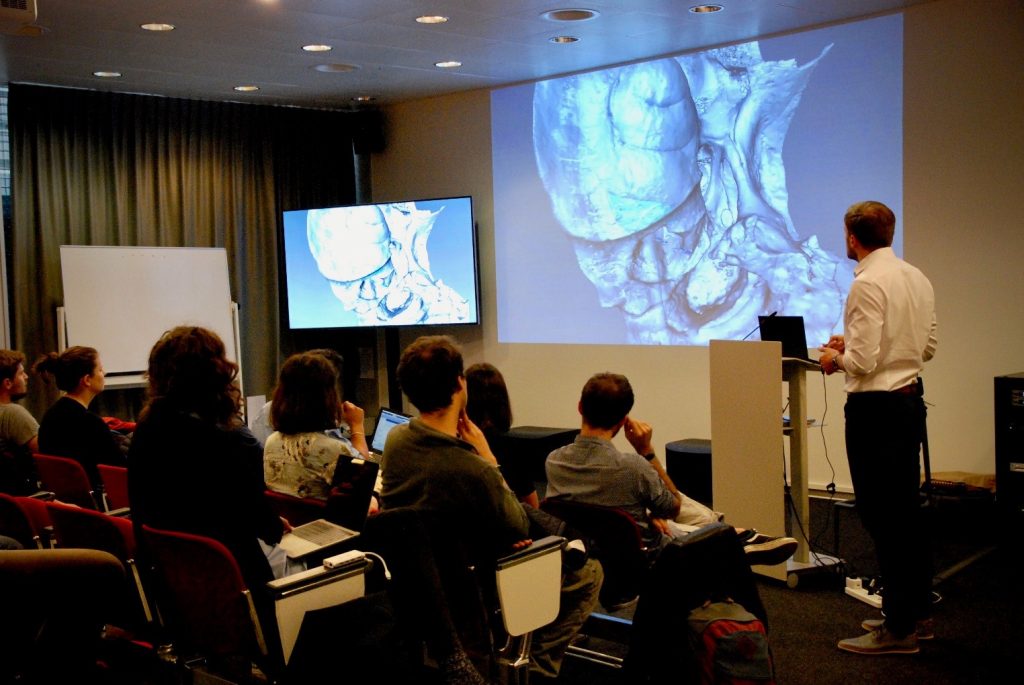 Between the two main stages, “Brain” and “Tech”, a real live concert delighted the attendants. First, Mathieu Johann Clavel exposed his Master Project performed in the Laboratory for Experimental Musicology of EPFL. His work was based on the use of Data Science techniques to build an augmented Afghan music archive and design specific user experience, also with the help of Virtual Reality. Afterwards, together with Shahab Eghbali, doctoral assistant at Laboratory of Fluid Mechanics and Instabilities of EPFL, Mathieu performed live some pieces of traditional Afghan music, using two original Afghan instruments. 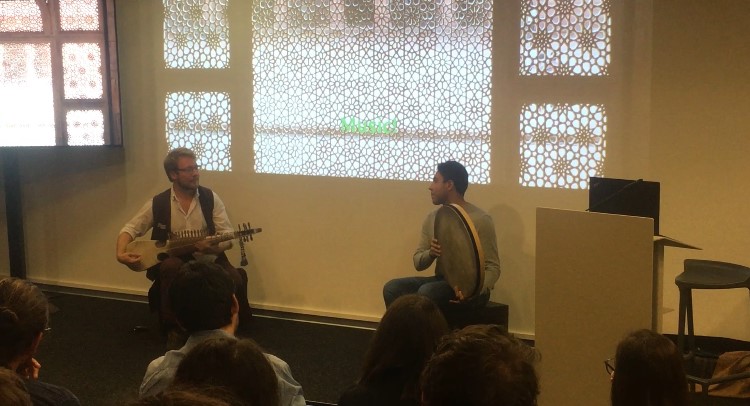 At the “Tech Stage”, Florian Colombo, doctoral assistant at Laboratory of Computational Neuroscience of EPFL, Martin Weill, Product Manager at SONY, and Dr. Cédric Duchêne, Head of Electronics & Systems Engineering at EPFL and ECAL Lab, with Dr. Alain Dufaux, Operations & Development Director of Metamedia Center at EPFL, presented the latest technologies and algorithms in music. Florian Colombo introduced BachProp: an algorithm trained to listen to notes and to predict the next ones, just like a real composer. It also takes into account repetitions to sound more natural. Then, Martin Weill talked about the latest technologies and the future of headphones. Finally, Cédric Duchêne and Alain Dufaux gave an overview of the last incredible projects and challenges of Montreux Digitalization Project. 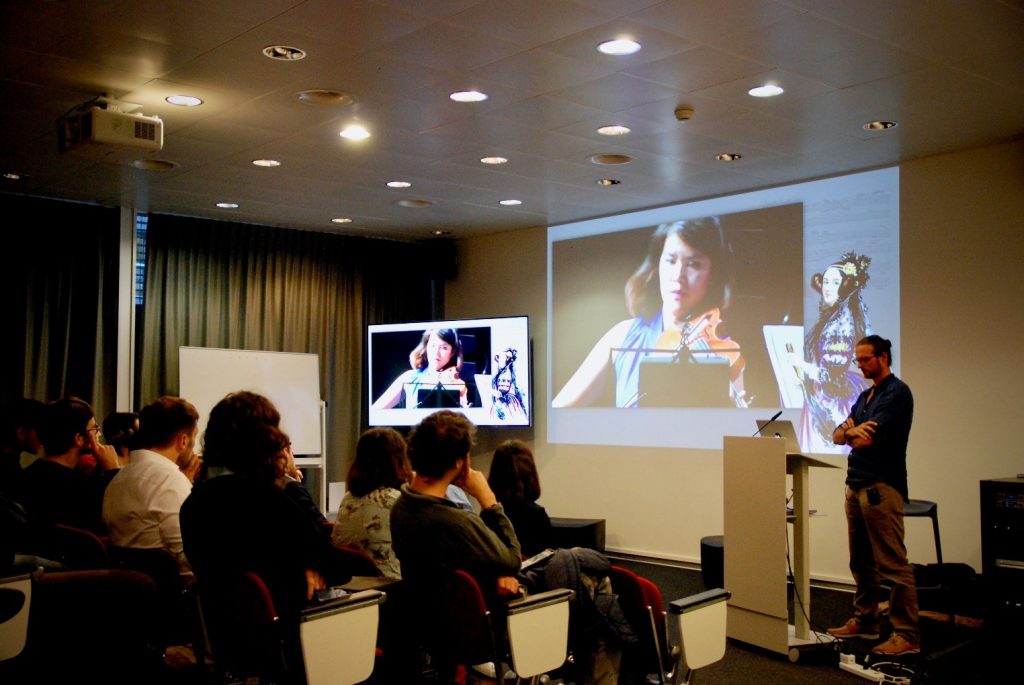 The event concluded with the most awaited contest: guess the sound of EPFL! The time to answer the question “Which is the sound of science?” came!  We asked several labs of the university to send us a short clip recorded by them that can answer our question “What is the sound of science”. Each clip reproduced the sound of a scientific tool or device used by the labs for their research. We built a 13-question quiz in which participants had to guess for each clip what generated the sound. After a very hard fight, the winner received a pair of Sony noise-cancelling headphones! The night was closed by a rich networking apéro. 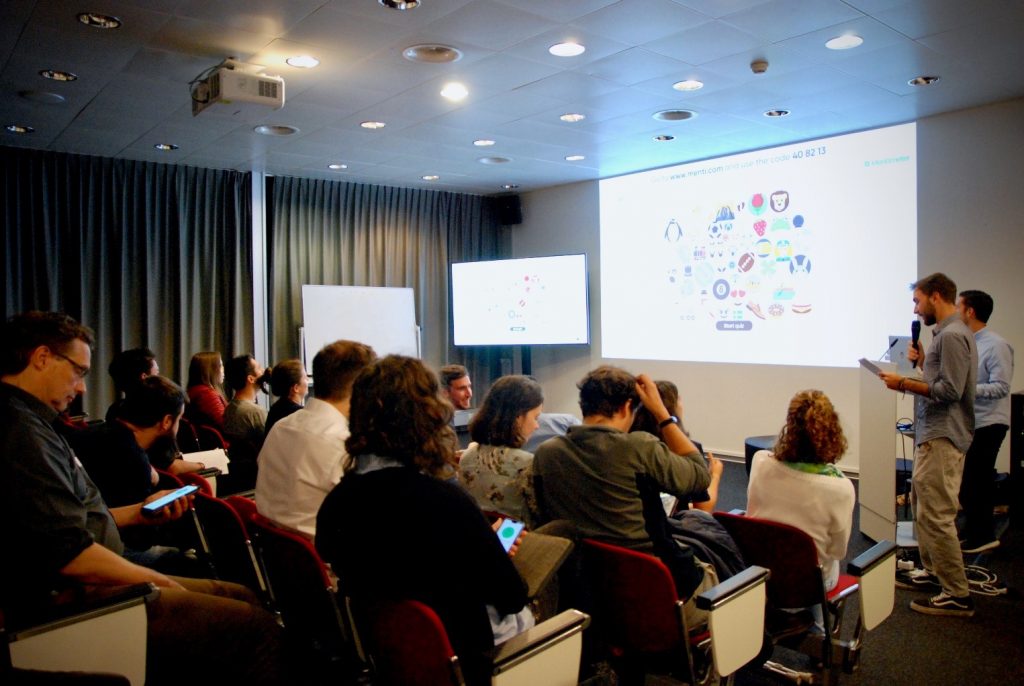 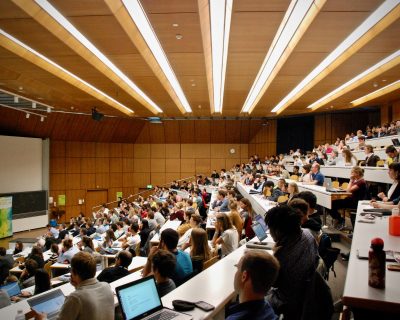 Annual conference on Materials for Sustainability: another successful event in Lausanne

How can technology and innovation cooperate to bring a greener future?  This was the main topic addressed by the Innovation Forum Lausanne Annual Conference that attracted more than 350 participants, between professors, scientists and students, sharing the same question and curiosity. The conference, held on October 16th 2019, focused on Materials for Sustainability: materials scienceaaa

Innovator of the Month Interview with CompPair

Annual conference on Materials for Sustainability: another successful event in Lausanne