Nagi Bioscience is an EPFL spin-off start-up introducing the first Organism-on-Chip technology. Nagi Bioscience’s technology is based on the use of “Caenorhabditis elegans” (C. elegans) as a biological model organism and, for the first time, it allows its use for in vivo testing in a fully automated in vitro handling, culture and analysis format. This start-up aims to open new possibilities in toxicity testing and drug discovery. Today, we will talk about the contribution that Nagi Bioscience could bring to innovation in drug and chemical testing together with the CEO Matteo Cornaglia.

Hello Matteo! Let’s start from the beginning: how was Nagi Bioscience born? 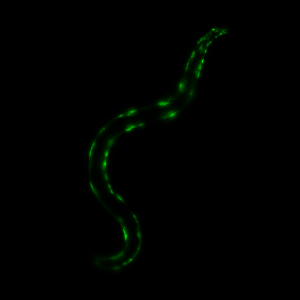 It all started as a within-EPFL collaboration between the two company co-founders (Laurent Mouchiroud) and myself (Matteo Cornaglia, ed) from an actual need in EPFL life science laboratories to automate C. elegans research and testing. C. elegans is a very popular model organism in biomedical research, a microscopic worm widely used in several fields, from developmental biology to aging research. This worm has now become the superstar of our startup! Although widely used, in fact, the main issue faced by most of the laboratories around the world is that everything has to be done manually. Thus, the idea was to combine C. elegans research with microfluidic technology to firstly automate current laboratory experiments, and secondly to open new possibilities for industrial applications.

Was C. elegans used only for research purposes until now?

Not exactly: there are various companies already using – or currently evaluating the use of – C. elegans, among which are large groups in the chemical, cosmetic, and pharma/biotech industries. However, the gold-standard is still to employ manual techniques. Therefore, our goal is to provide a new tool to standardize, automate, and enable new possibilities to get unprecedented throughput and ways of testing.

What does the name “Nagi Bioscience” stand for?

It’s an acronym for Nature’s Gift to (bio)Science, which is also the title of the Nobel award’s speech of Sydney Brenner, the scientist who introduced C. elegans in biomedical research. The name is dedicated to the worm itself: created by Nature and becoming a more and more precious “gift” for science. It is indeed a very convenient scientific tool today, because it is a relatively simple organism with a well-defined number of cells and ability to self-fertilize, its genome is fully encoded and it is even possible to observe complex processes occurring in its cells through a simple optical microscope, thanks to its transparency and genetic amenability.

What are the expertise that you have (or you look for) in your group?  Is the PhD degree usually a requirement?

As for most start-ups, one skill is definitely not enough, you need a very complementary team to succeed. I believe we are a great example of multi-disciplinary team: when we started, I brought the microtechnology-related knowledge for the microfluidic aspects, while Laurent has a strong background in biology, with more than 12-years expertise in C. elegans research. The other fundamental skills that we then included in our core team were in the domain of robotics and software development. This is the good mix of key competencies that make the whole project possible today: if you take one out, things may get really difficult indeed. Recently, we have moreover started working with other experts for the design and the user experience of our device; in fact, the current goal is to move to external beta testing of our next generation prototype. From the business development perspective, our next key hiring will be on the sales and marketing side, to help us to further develop the customer relationships we already built and to enrich our customer portfolio for sales of both pilot studies and future products.  Regarding our degrees, 3 out of the 4 members of our core team have a PhD indeed. I think that, especially in the research and development phase, it is very interesting to work with people with a PhD profile, as it also provides a certain method and way to work which I find convenient in the startup environment. 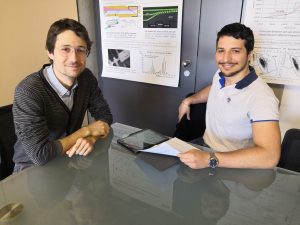 What do you think is the best advantage brought by your technology? Is it the economic savings, the research possibilities that you are opening, or maybe the ethical aspect in helping reducing experiments on animals?

Nagi Bioscience’s best advantage is contained in our mantra: “In vivo testing at the in vitro scale”, which suggests that our innovation fills the gap between these two classes of testing methods. In particular, compared to standard in vitro testing, we are not working on isolated cells, organoids or tissues, but we encompass the complexity of a full organism. Regarding the in vivo aspect, then, our solution allows overcoming many issues of traditional animal testing, among which significantly reducing costs and time of the tests.

Are there any ethical problems with the use of C. elegans for research?

Nowadays the ethical aspects of drug and chemical testing are more and more important, and there is growing legal pressure in this respect: for example, in the cosmetics research field, animal testing is banned in Europe since 2013, and this is now spreading all over the world. C. elegans research has no constraints in this sense and there are valid scientific reasons for that: C. elegans is an invertebrate, does not have a central nervous system and it is considered a non-scenting organism. These scientific observations are translated into an official regulation with a directive from the European parliament stating that all invertebrates, except the cephalopods, are not protected in the framework of a scientific experiment, meaning that no justification needs to be provided for using this model organism.

Switching from science to entrepreneurship: what are the next goals from a business point of view?

This year we started pilot studies in all the target segments: testing of chemicals, cosmetics and pharma-biotech compounds. The goal is to execute these pilots together with the customers: currently, we have a fully operational prototype that basically works 24/7 and generates the data that we are going to discuss with our partners, aiming to tailor our product with them to their actual needs. The next steps will be to continue with the industrialization of our prototype, beta-test it with external users, and finally reach the CE-marking to put the product into the market. For all of this, of course, more financial and human resources will be needed. We currently have an open round of investment, which already attracted significant interest and that we aim to close in the next few months. 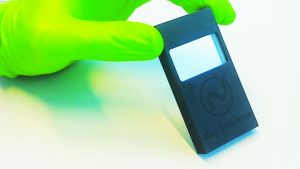 Having competitors is usually a confirmation that your idea is good, so, luckily, we have a few. In particular, a few other companies developing technologies for C. elegans-based drug/chemical screening exist. These competitors are all in the US, and 2 out of 3 started out of research groups like us. Their research was basically aligned with ours, so we can say we are among the pioneers in this C. elegans worm-on-chip technology, and the others are moving with us. Anyway, the big competitive advantage that we have is that we are the only ones so far that have managed to automate the whole C. elegans research process: our device allows culturing, treating and analyzing thousands of worms, all in the same device. This is key, for instance, for the execution of multiple bio-assays for drug toxicity and/or efficacy in the same machine and in a fully standardized and automated way, while competitors are already on the market with devices typically focusing on one specific type of analysis.

What do you think are the good aspects of having such a startup in the lemanic area?

For the bio- and med-tech field we believe that Lausanne is the place to be right now. Located in the heart of the “Health Valley”, in fact, Nagi Bioscience can rely on this favorable economic environment to develop its products, with major players in the food, chemical and pharma field around. We already established fruitful collaborations with companies around, as well as with academic labs at EPFL. In addition, there is a constellation of initiatives in the area to support young entrepreneurs, which bring invaluable advantages in term of financial support and coaching.

Basing on your experience, what would be your core advice to new entrepreneurs willing to bring innovation in the biomedical field?

Build a great multidisciplinary team and work hard towards a clear vision!

Innovator of the Month Interview with Neurosoft

Innovator of the Month Interview with CompPair